The computer analysis is very convenient as you should not calculate any price formations manually and spend much time for the chart studying as a mathematical model of the indicator does all calculations. The use of indicators helps to take a quick decision to open or close a deal and escape of the statistical information processing. You just need to install the indicator onto the chart and remember its signals to start trading successfully and earning. The Bollinger band is the simplest indicator which let even fresh traders earn by online trading.

The Bollinger band is a chart indicator composed of a central line and two other lines lay on both sides of a price chart. Between these lines the price spends about 95% of its time. The upper and lower lines of the Bollinger band are the support and resistance lines for the price chart. The indicator is simple and based on the moving average principle. You can see the example as follows: 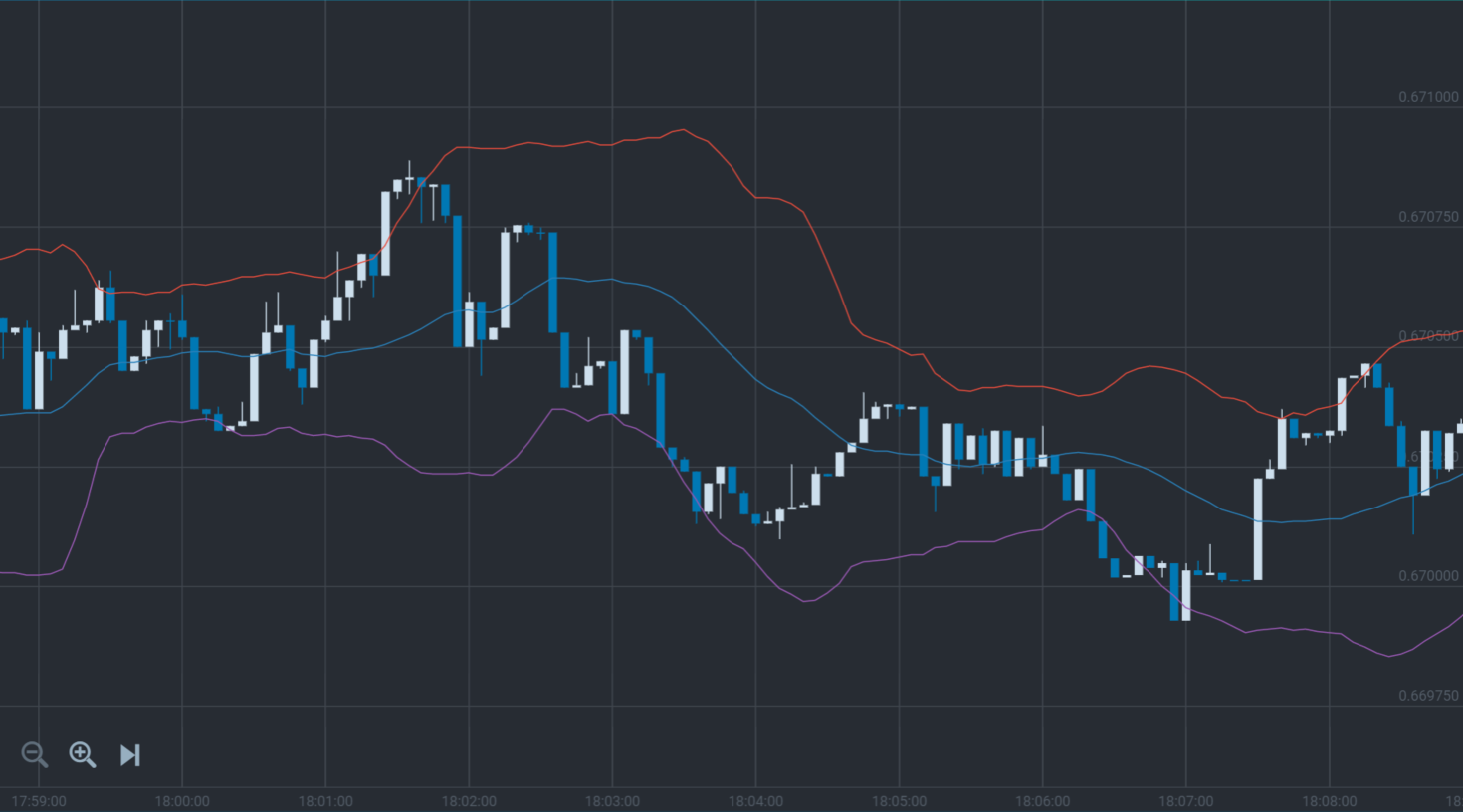 The indicator settings are as on the picture: 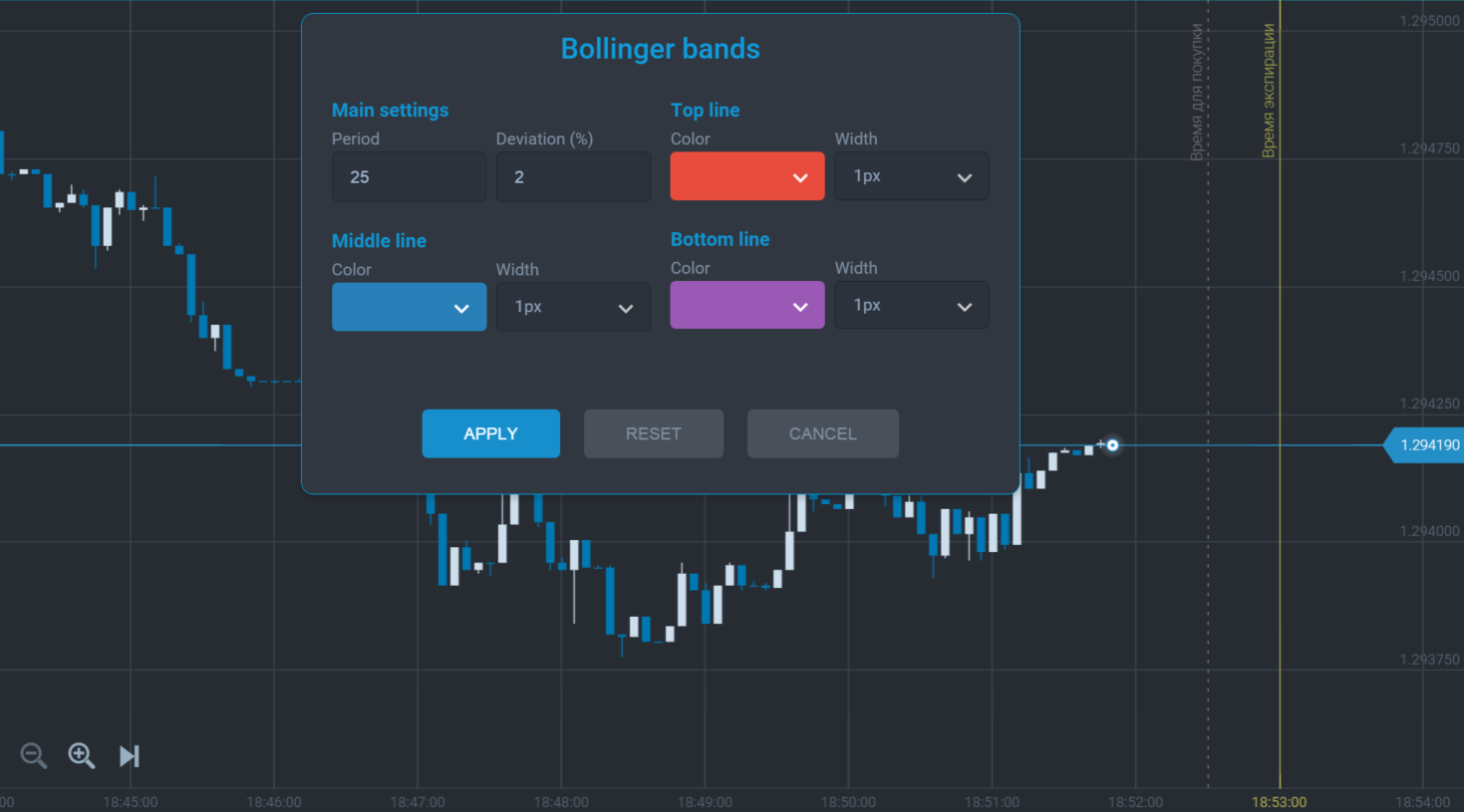 The red and violet lines are the resistance and support levels and the blue line is central. As you see there are some moments when the price crosses the upper and lower lines and this period takes only 5% of the prices movement. The band width equals to a root-mean-square deviation of the moving average for a specified period. Actually the price crosses the edges of the band due to the abnormal sharp deviation. And when such deviations happen the price will also tend to return inside the band. You can earn on such deviations if buy or sell depending what edge has been crossed.

Let us investigate the Bollinger band and its signals in detail. The Bollinger band width adjusts automatically to the market. When the band becomes narrow the price movement is weak and the market is undetermined. The undetermined market is characterized by narrow flat. The longer this period and the narrower neck are, the stronger price movement will be after that. Extension of the band tells that market becomes unstable and can start to move in any direction. And if the band begins to extend after narrowing you should prepare to receive a trading signal as the price will start moving. So what will be the signal to buy or sell? As we discussed before it is a sharp breakout of the Bollinger band: 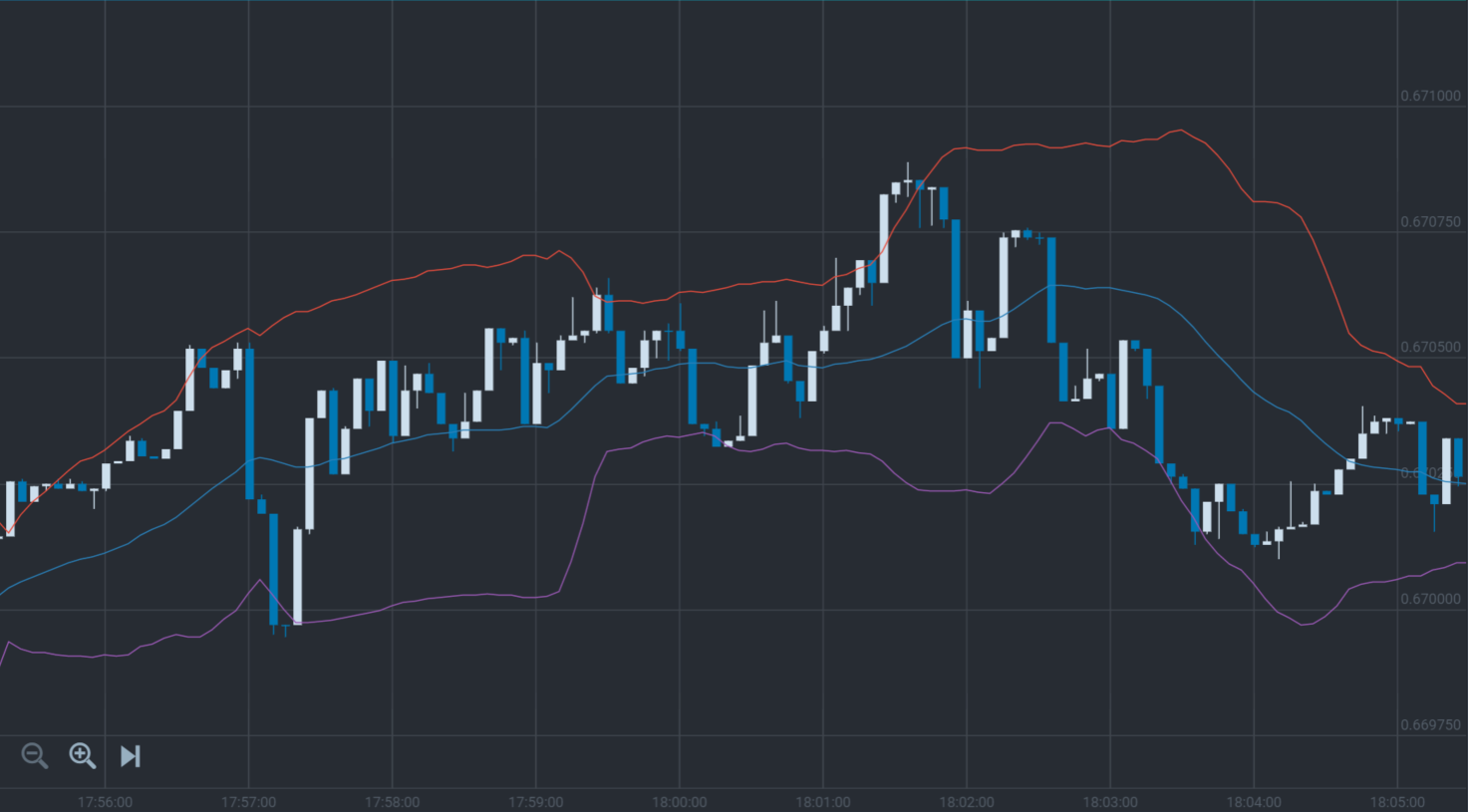 As you can see on the picture the price sharply penetrated the upper line and was outside for a definite period and then suddenly returned to the central line.

So the indicator is simple in use but you need to wait for the trading signals. There is another opportunity to use the indicator signals on the wide flat.

As we discussed the edge lines are strong levels for the price chart. And we understand when the price reaches the edge line without any sharp movements it will try to return back to the central line. At this moment you can trade. But before you should receive a confirmation. Such confirmation will be the candlestick following the other one that reached the Bollinger band. If its direction is opposite you can open a deal toward to a central line. You can see an example of this signal on the picture: 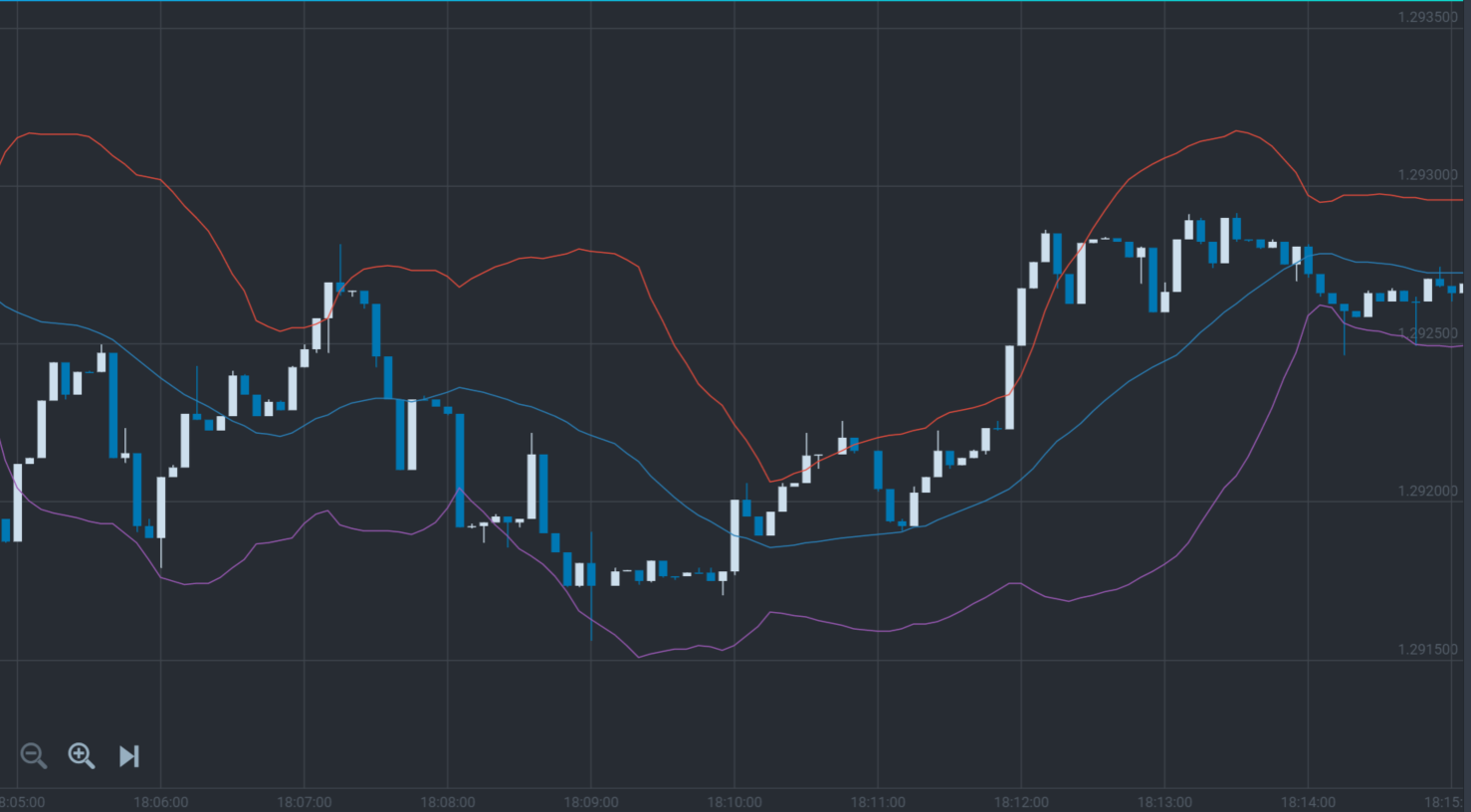 Whatever the situation in the market may be the Bollinger band indicator works and let us earn. When you become more experienced using this indicator you will interpret the trading signals easier and better.